I'm fully used to not eating when I want at this point and scooting nude around the house like a naughty toddler is actually pretty nice. I don't think about clothes all that much which was the point, but the downside is that my laundry is piling up. My wife and I are weekend laundry washers and since Koreans don't use driers, the whole process takes hours and hours for a single load. Sure, clothes tend to last a bit longer, but there is no such thing as doing a quick load on this peninsula. It's an ordeal and one that I haven't been on top of at all this month. Right now, I'm wearing a light blue polo with khakis (I'm at work) and neither of them have been washed since their last appearances. Luckily, I have a lot of socks and boxers.


This evening I'm tutoring a new student. I'm not a fan of tutoring at all, but my wife asked me to do this as a favor since it's for one of her old students' daughters. The little girl is six years old and probably has no real grasp on any aspect on the English language. One of my British friends used to teach her last year, so it's safe to assume that she has a slight accent. I'll fix that though. With kids this age, the teacher must be entertaining and educational. I hate to say it, but edutainment is crucial and, perhaps unfortunately, I've grown quite good at that game. It's a must in the Korean English educational world and even though I dispute its effectiveness, mothers and school administrators believe that English must be fun. So, tonight I have some "fun" English activities in mind that are sure to convince the mother that the $50/hr I charge is worth it.


All of this, of course, makes me think of not only my language education (which was not terribly entertaining), but my religious education. I never went to any officially religious schools. My grade school was secular, but you could tell from the fact that there was like two Jews and very few Catholics that it had a closed-door waspy vibe.  My high school was Christian-lite, but always remained unaffiliated. That pretty much leaves my church and since I've only been a member of one, I can only speak from that experience.


My Sunday school tried to teach me the fun parts of Christianity, but they did so in a very boring way. I learned nothing, hated all of my teachers and usually tried to spend as much time in the bathroom as possible. I even started drinking coffee for the sheer sake that it took time to mix as many packages of cream and sugar into a styrofoam cup. I remember one single lesson from my entire decade-plus in attending those classes. I bet you remember this one as well...


Zaccheus was a wee, little man


And a wee, little man was he
He climbed up in a sycamore tree
For the Lord he wanted to see
And as the Savior came that way
He looked up in the tree

Until today, I had no idea who Zaccheus was. All I knew was that he loved trees and insisted on sitting in them. Maybe this song inadvertently affected me because I also love sitting in trees. But that's the point: I attended Sunday school classes for years and never took anything away from it. And it's not for a lack of trying. I was all over Vacation Bible School and have the hand-decorated tote bags to prove it. The problem was that the classes were boring, the teachers were small-minded and the subject matter was limited to lessons about Jesus. It was essentially an exercise in bullshitting ones way through a class.


I don't think the idea of a Sunday School is a bad one though, I just feel like that time could be spent better. Back in the Motherland (UK), they have decided that world religions must be taught in all public schools. They claim it would foster a more caring and tolerant society.


It envisages pupils "appreciating the sense of wonder at the world in which they live, and their response to questions of meaning and purpose", while "recognising that knowledge is bounded by mystery".

I am aware that some American schools teach a few things about other world religions, but the lions share doesn't even bother. Can you image what the conservative faction of America would do if we proposed such a thing? I personally didn't know a thing about world religions (or Christianity) until I picked up a book in my spare time. There are thousands of religions and spiritual traditions around the world and even if we trimmed the fat, there are at least twenty that a majority of the world follow.

Wouldn't it be wise if each individual religion took some time and tried to educate their followers in other religions? Imagine if we actually understood each other and the reasons why practitioners do the things they do. We'd have a much more openly diverse and accepting world.


There is a Jain doctrine called Anekantavada which clearly states that there is always going to be a multiplicity of viewpoints on spirituality. While I was a Buddhist, I came across a parable called "Blind Men and an Elephant" which is common in many Indian religions. (The Jain version is here.)


The story says that six blind men were asked to determine what an elephant looked like by feeling different parts of the elephant's body.

A wise man explains to them:

"All of you are right. The reason every one of you is telling it differently is because each one of you touched the different part of the elephant. So, actually the elephant has all the features you mentioned."

Mahavira once told a follower who was curious about the nature of the soul this:

The religion itself teaches that there are other ways of thinking and while I'm sure most Jains prefer their methods, this doctrine prevents confidence turning into intolerance. 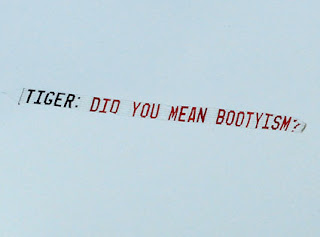 The sad part is, I bet many people could describe what Bootyism is rather than Buddhism. We all could use a little Anekantavada I think.
Posted by George at 12:38 PM

Email ThisBlogThis!Share to TwitterShare to FacebookShare to Pinterest
Labels: Jainism