My dream had just wrapped up. From what I recall, most of it took place in an open kitchen with walls of windows in ever direction. It was very bright and just outside those windows were tall ferns much like the ones I loved so much many years ago in Cambodia. I was walking around the marble island in the center of kitchen with an open book in my hand. Sitting at that island was the entire cast of the original Beverly Hills 90210. It was whole gang plus that one guy in the cowboy hat who accidentally shot himself while goofing off with pistol. You remember him.


Either way, I was teaching them something and remember getting into a bit of a spit with Steve. I can't say what we were arguing about, but I know that it had something to do with the fact that he borrowed my old 1989 Chevy Blazer and didn't tell me or something like that. This argument got pretty heated and ultimately jostled me from my sleep. I tried to re-enter the dream, but it didn't work.


I sat up and looked at the clock. It was 4:10. I didn't have to pee that badly, but got up anyways. The bathroom floor was so cold and still a little damp from the nightly showers. I did my business and headed back to the bedroom. I couldn't see much, but recognized a dark blob on my pillow. This was not an unusual sight. My dog, Bear, usually falls asleep at the foot of the bed, but as the night progresses, he slowly inches his way up to our heads. When I go to the bathroom, that's his cue to move up. He not only moves up but he plops his entire brown body right on my pillow. You might think that I push him off or snap at him and you'd be wrong. I let him be. I might try to sneak my head on the pillow with him, but oftentimes I let him have it. After all, he waited patiently for that spot, so it's only fair that he gets it for awhile.


The bottom line is that my dog is my equal. He has the same rights I do. When my wife and I plan a day out, Bear is going to be with us. We routinely reject activities and ideas that don't include Bear. Luckily, most dog owners are like us. The dog is a member of the family. My first dog was named Boston. He was a lab-spaniel mutt. I was a little young to appreciate him, but he was our family dog until he passed at the age of eighteen. I was ten. It was sad, of course, but it was the first time I had dealt with death. It didn't hurt that much. Six months later, we got a new dog. She was a black lab mutt. She was my first dog and immediate best friend. A few years later we found a starving English-pointer mutt on the Natches Trace and decided to keep him. Now, seventeen years later, the black lab has died leaving only the pointer.


In college, my roommate had a beagle that contracted parvo and had to be put to sleep. I had another roommate who had a great dog named Amos. He was a Shepard-lab mutt. He was an amazing fur. My sister also has two great dogs that I got very close to in 2005. I miss them. In Korea, my wife and I had a beagle as well that contracted parvo and distemper. We had to put her to sleep. That one really hurt. Luckily I had a great friend who helped me illegally bury her (Korea prefers the trash). I miss that dog and that guy. Now, I have the greatest dog ever. 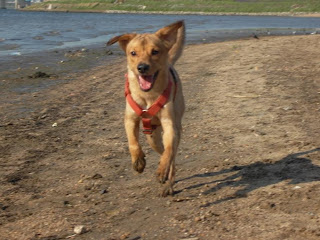 Including that fur, I've been close to about ten dogs in my lifetime and there will be plenty more. When I die, I want to see them all. I know that Christianity is pretty tough on its soul policy, though. Nowhere in the Catechism of the Catholic Church does it flatly say that "animals do not got to heaven". However, the Bible is pretty clear that since animals don't have the intelligence to choose to follow God's will or its own, then it's not responsible for it. Furthermore, only humans have immortal souls and if that wasn't enough, the Church would never ever baptize my dog. It seems like it's stacked against our pets.


My gut reaction is what many people also believe: If my pet isn't in heaven with me, then it isn't heaven.


Here are my thoughts against animals in heaven:

Here are my thoughts for animals in heaven:

It looks like the Church is pretty strict on this one. Maybe if the Pope and other Church leaders took the time to have some pets, then they'd reconsider their position. After all, why split up a family? 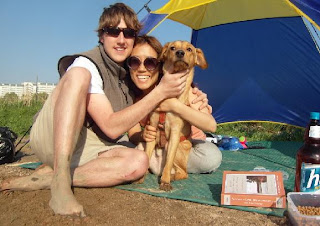 Email ThisBlogThis!Share to TwitterShare to FacebookShare to Pinterest
Labels: Catholicism